It was brought to my attention today (September 5, 2014)  that I was included in CNN’s online www.edition.cnn.com, under the Middle East section called “Inside the Middle East”.

The title of the article is “Dubai, the world’s plastic surgery hub” written by Daisy Carrington. I am honored to be a part of this article and below is a brief introduction to it. 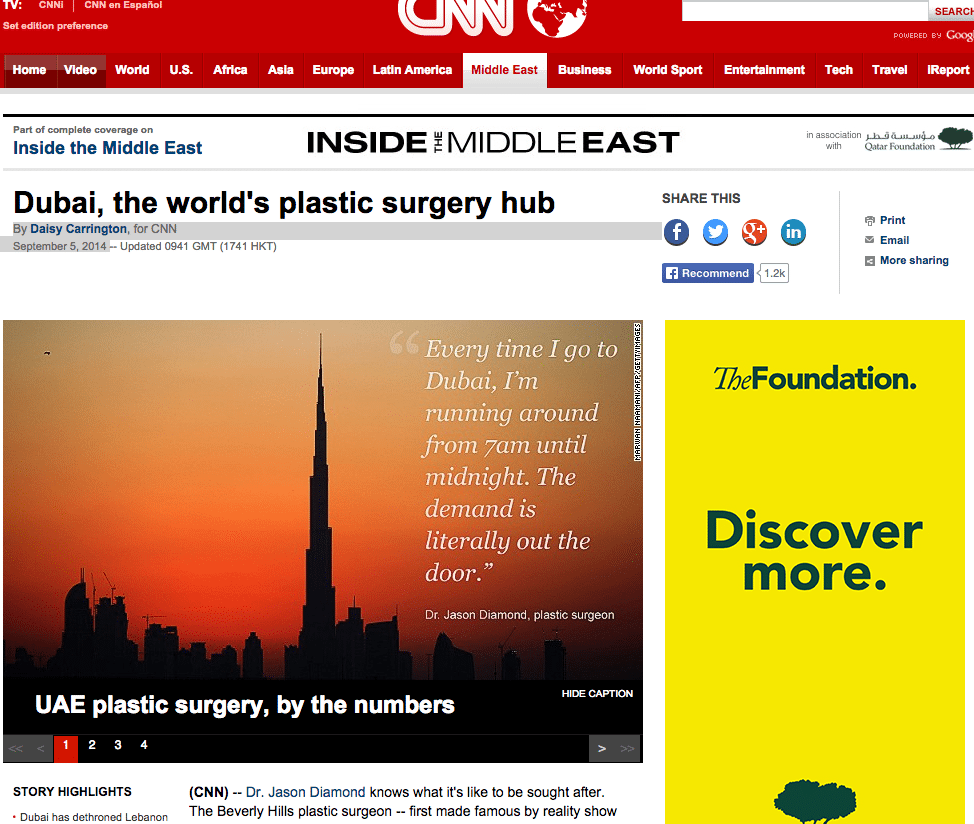 (CNN) — Dr. Jason Diamond knows what it’s like to be sought after. The Beverly Hills plastic surgeon — first made famous by reality show “Dr. 90210” — has operated on a range of A-list celebrities (though he declines to name them). Yet even he was unprepared for the clamor that met him when he first visited Dubai in what was meant to be a one-time gig as a guest surgeon.

“For that week, I literally had people waiting until 2am for a consultation. The waiting room was filled 20 people-deep all day long,” he recalls.

That was in 2009. Since, Diamond has returned to the city every two to three months as part of a partnership with the American British Surgical and Medical Centre. Over the years, he has enlisted the Who’s Who of Beverly Hills surgeons to join him at the practice.

“Every time I go, I don’t even sit down. I’m running around from 7am until midnight. The demand is literally out the door,” he says.  Click Here to read the full article